The immediate cause of the Russian Revolution of 1917 was the devastating impact of the First World War on Tsarist Russia. It began on February 23rd, (or March 8th according to the Western European calendar), on International Women’s Day. Hundreds of women workers in the Vyborg district of Petrograd walked out of the textile mills, going from one factory to another demanding that the workers – men and women – should join the strike. Here and there, they forced their way into the factories, and insisted that all the workers follow them out of the gates. The police attacked them. They fought back. Throwing sticks, throwing bricks. They felt they had nothing to lose. Working twelve and sometimes up to sixteen hours a day in the dirt and noise of the mills, heavily exploited and harshly treated, desperate for bread and other basic necessities, their lives had become intolerable. END_OF_DOCUMENT_TOKEN_TO_BE_REPLACED

END_OF_DOCUMENT_TOKEN_TO_BE_REPLACED 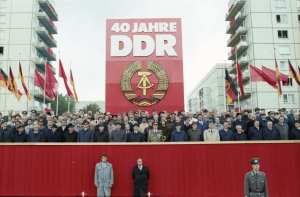 END_OF_DOCUMENT_TOKEN_TO_BE_REPLACED

My Tweets
socialistendk
Blog at WordPress.com.